About The Artist Steve Tyrell brings the American Songbook to life. With a sleek sense of modern hip, and a big jazz vocabulary, Tyrell is a living breathing catalog of classics both new and old. 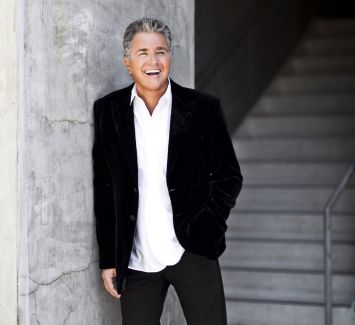 His pipes as well as his balance of contemporary and classic have earned Steve a well-deserved reputation as a top flight jazz singer. A surreal nine out of ten of his studio albums have hit top ten on the Jazz charts, and seven have broken the top five.

He has written material which has been recorded by artists as diverse as Ray Charles, Diana Ross, Elvis Presley, and L.L. Cool J. He has worked extensively in Film and Television as well, providing the soundtrack for Father of The Bride and worked with directors like Steven Spielberg, Tom Hanks, and Steven Soderbergh. Tyrell even had the honor of performing Frank Sinatra’s catalog at the Sinatra families behest; one of the only times that the family has shared Franks vault with another performer.