About The Artist Christian is the creator and co-host of Black & White, a new comedy show on A&E. 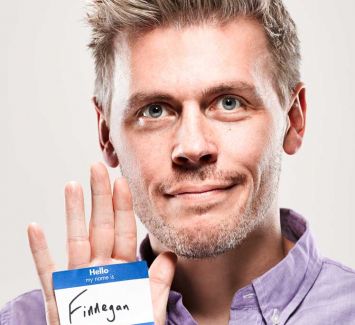 He is perhaps best known as one of the original panelists on VH1’s “Best Week Ever” and as Chad, outcast roommate in Chappelle’s Show’s infamous “Mad Real World” sketch. He also played Martin on the popular syndicated sitcom “Are We There Yet?” and political junkies will recognize Christian from his many appearances on “Countdown with Keith Olbermann.”
Over the past decade, Christian Finnegan has been a fixture on Comedy Central, having starred in his own one hour stand up special “Au Contraire!”, as well as “Comedy Central Presents,” “Tough Crowd with Colin Quinn” and countless network interstitials. He’s also appeared on “Conan,” “The Late Late Show with Craig Ferguson,” “Good Afternoon America” and “The Today Show.”