About The Artist It would be difficult for any music fan to not be aware of the Sixto Rodriguez story at this point. While Rodriguez always enjoyed a respectable if impressive following in Australia and South Africa, knowingly or not, the Oscar-winning 2012 documentary Searching for Sugar Man that told his tale finally delivered the erstwhile demolition worker the North American success that had eluded him for decades since he released the albums Cold Fact and Coming from Reality at the dawn of the ’70s. 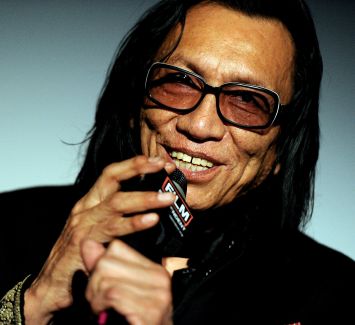 His newly rediscovered (at least on these shores), psychedelically-tinged songs still pack a potent punch, from the soulful “Sugar Man” to the lovely “I Think of You” to the playful “I Wonder” to the scorching “Only Good for Conversation” to the hypnotically ranting “This is Not a Song It’s an Outburst: Or, The Establishment Blues.” Featuring memorable melodies and incisively poetic lyrics, they recall such obvious influences as Bob Dylan and Donovan.
When the guitar, the shades and the hat go on, this slight man from Detroit, the son of Mexican immigrants who’s worked his fingers to the bone in manual labour most of his life, turns into the superstar he always was… even though he never knew it.
Sounds like: His soft and soulful tones, sitting somewhere between Bob Dylan and Nick Drake are melodic and accessible, with an easy breezy 1960s feel.