About The Artist Kawehi is a new breed of musician, a one-woman-band from Lawrence, Kansas who uses technology to carry the weight of a full band on her own. 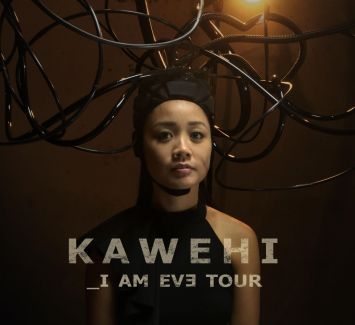 She was seen and heard in the Super Bowl 50 commercial for Intel, has landed in publications such as People Magazine, Spin, Esquire, and on the front page of Reddit. Elle magazine has dubbed Kawehi “The Genius One-Woman Band” and HuffPo has praised Kawehi as “Killing the DIY scene.”
With over 11 million views on her YouTube channel, Kawehi has been performing to sold out shows across the nation and has already been on three headlining tours. With eight Kickstarter projects under her belt, Kawehi shows no signs of slowing down. Her newest project, EVE – a Sci-Fi Short Film/Visual Album – was funded via Kickstarter in less than a day and is set to release in the Spring of 2017.