About The Artist Driftwood’s trademark is playing old-time instruments with a punk-rock attitude, drawing upon similarities between the two genres. Their creative fusion of styles features gorgeous front-and-center vocals with touches of folk-pop beats. 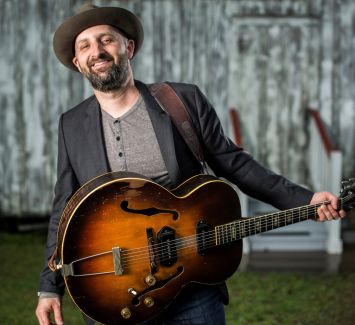 For fans of: The Wood Brothers / The Black Lillies / Donna The Buffalo / Fruition

Seth Walker is an American electric blues musician. His 2016 release of “Gotta Get Back” debuted on the Billboard Top Blues Albums and as said by AXS “is a must-have soul album.” You can sense that his work is inspired by BB King, Ray Charles, T-Bone Walker, and more. After performing at Austin City Limits in 2011, Walker went on to support The Wood Brothers and recorded on The Mavericks’ 2013 album.